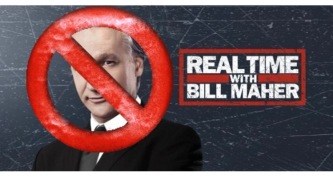 Bill Maher used his platform and privilege to encourage people to fat shame on Friday night. As if fat shaming ever stopped, but I guess he wants it to be even worse? There is so much wrong in his rant and his ignorance is disgusting. Fatphobia is never okay and it needs to be shut down.

The first problem is he uses stereotypes to determine who is healthy and who is not. In his eyes, all fat people are unhealthy and only eat meat and dairy. He literally said that fat people are “killing not only themselves but the planet”  since farmers are burning the Amazon “to make room for future hamburgers”. As if only fat people eat hamburgers. (Plus, the Amazon fires are much more complicated than just creating space for cattle, but is rooted in capitalism, discrimination of indigenous people, and colonialism.) Later in his tirade, he said that we now “fit shame” by looking at a slender person and telling them to eat something, and equates the slender person with being fit and working out. There is no way to know if a slender person actually eats “healthy” and exercises by looking at them. There has been a problem with people saying this sort of thing to very thin people, but this type of body shaming is also discouraged in body acceptance circles.

Reality is, you can not tell a person’s health by looking at them. There are fit fat people, just like there are unfit thin people. Although Bill Maher exclaims science says that fat can’t be healthy, that is simply not true. Science actually says you can be fit and fat, plus science says you can’t lose weight and keep it off. Science says the overweight category of the faulty BMI system is often the healthiest body size. Science also says that shaming does nothing but cause more problems- since social pressure can cause stress which changes hormone levels and can lead to weight gain.

As a vegan who eats a ton of vegetables, it also made me mad that the stereotype of fatness is completely equated with eating meat and dairy. I am tired of people looking at my body and assume I eat those things. The problem is not my body, but societies stereotypes of what a vegan looks like, and what causes fatness. Body size is not a simple formula of just eating “like assholes” as Bill Maher says, and not exercising.

By ignoring environmental impacts, genetics, societal stressors, and more, we are doing a disservice to people’s health of all sizes. In fact, it is not only a disservice, but it is also racist, homophobic, fatphobic, ableist, xenophobic, transphobic, sexist, etc. since all the marginalized identies are faced with more stressors and adversity than others, especially compared to a rich white cis man like Bill Maher.

No one has a moral obligation (or guarantee) of health, but we need to create true resources and openness to everyone who wants to attempt a healthier lifestyle. Currently there are so many roadblocks on the way to health for people, which often revolves around access that many people take advantage of. Access to fresh vegetables, access to affordable healthcare, access to parks, access to affordable gyms, access to a life without unconscious bias and daily microaggressions, access to a therapist, access to ways to cope with stress, etc.

Health is so much more complicated than what we put in our bodies. Trying to simplify a person’s body size hurts not only that person, but society as a whole as well. Trying to place blame on fat people for things like climate change and the healthcare crisis just shows how ignorant people can be about this issue and relies on old stereotypes that are not only untrue, but harmful.

Society deserves better than having to listen to tirades like Bill Maher’s who asks for further persecution against people who are already discriminated against. Any person who asks for an entire type class of people to be shamed and treated poorly, needs to be shut down. This is a person not worthy of a public forum. Please turn him off!